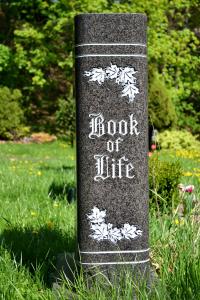 I was watching a documentary that was reporting on a severe tornado in the Midwest in the United States.

The whole area was devastated beyond recognition, and there was only debris where homes and buildings had been standing.

One of the first responders spoke to the camera, and he described the scene he found in a school that had been demolished.

He found the dead body of a woman teacher, and she was found over the bodies of three small children who were still alive.

I remember the man said, “Good job, teach”.  He understood what this teacher had done.  He realized her great sacrifice, and he commended her in his own way.

We know there are many heroes in the world who go into burning buildings, and pull out people from explosive vehicles, and who dive into icy waters to save people that they may not even know.  This is the ultimate demonstration of love for another person.

Recently, I read of about a celebrity, Jamie Fox who pulled the body of a man out of a vehicle  that had crashed near his home.  The car was on fire, and he risked his welfare in pulling the man out of the car.

There are many other cases of this type of heroism even among children and teenagers who saved people from disasters.  It shows that there is still love and decency in our society despite all of the bad news reports and crimes.

To have the love and courage to put your own life in jeopardy for the sake of another person is the supreme example of pure, unselfish and undefiled love.

It is the love that God The Father had when He sacrificed His only Son for our salvation and our eternal lives to live with Him for all eternity.  It is the same love That Jesus Christ demonstrated on the cross, when He took our place to die for our sins and trespasses.

God proved His love for each one of us.  He would have died on the cross to save the life of even one human being.

God’s love is without measure, and He has set the highest standard for His followers.  We must deny ourselves, take up our own crosses and follow Him in this life.  Those who desire to save their lives on this earth will lose them, and those who desire to lay down their lives for Christ’s sake will find them and save them.

“For whoever wants to save his life will lose it, but whoever loses his life for My sake will find it” (Matthew 16:25)

Missionary, Jim Elliot who died in Ecuador, had already settled this in his mind before he was martyred.  He said, “He is no fool, who gives what he cannot keep to gain what he cannot lose”.

Some of us, as Christians may be required to give our lives for Christ’s sake, but we also need to be willing to lay down our own plans, desires, and our own wills every day in order to obey our Lord Jesus and to trust in Him totally.  Most all of the great men of God were tested in the area of their devotion to The Lord.  There was Job, Joseph, Abraham, Daniel, David, Joshua, Caleb, The rich young ruler, Paul and all the disciples that had to stand strong in the faith of God.

We need to be praying that we will be able to stand strong when the time comes.

My prayer for you:

Teach us Your ways, that we may please You.  Help us to stand strong in love, faith and hope during these most perilous times.

Fill us anew with Your Holy Spirit and Your power to be over comers in this life.  In The Name of Jesus Christ, and all for Your honor and glory, amen, amen and amen.